Centech Communications JSC honourly received the first prize award for potential IT product in the field of IT with our "Mobile Advertising Network" solution as State leaders presented the Nhan Tai Dat Viet 2013 (Vietnamese Talent Awards 2013) in Ha Noi - The annual contest aims to promote talents in IT and the communications sector. 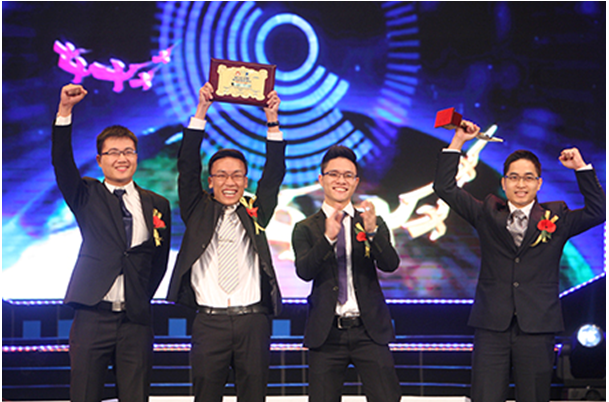 Leading researchers and products in the fields of IT, applied sciences and medicine were honoured on November, 20th 2013 as State leaders presented the Nhan Tai Dat Viet 2013 (Vietnamese Talent Awards 2013) in Ha Noi. . The awards ceremony will be held in Ha Noi on November 20 and will be broadcast live on VTV and the VnMedia online newspaper 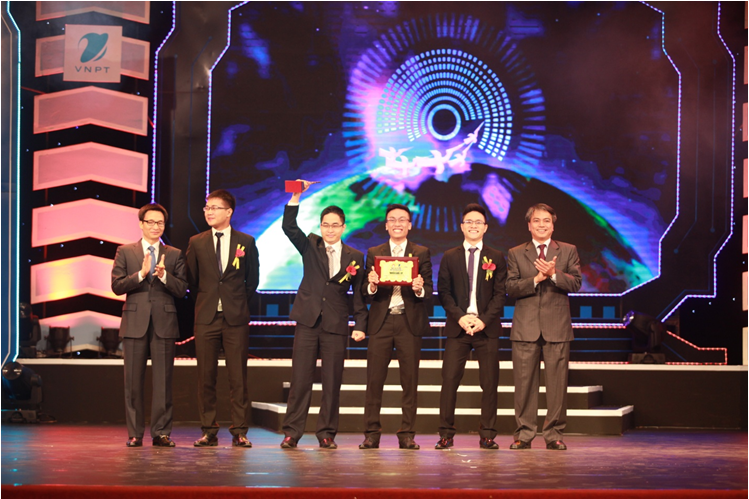 The product is said to enable advertisers to send advertising messages to customers depending on different purposes, helping mobile developers to earn profits faster and more easily from domestic advertisements. This is the first time a first prize is being offered to a product in the field of IT in four years.

Nhan Tai Dat Viet 2013 (the 2013 Vietnamese Talent Awards) has been expanded to include mobile content and environmental issues, the organisers have said.

The annual awards, now in their ninth year, were originally set up to search for new talent and products in the fields of IT, applied sciences, medicine and pharmacy. This contest attracted many State leaders including President of Viet Nam Fatherland Front Nguyen Thien Nhan, the newly appointed Deputy Prime Minister Vu Duc Dam, Former Party General Secretary Le Kha Phieu, among others.

Organised by VNPT Group, Viet Nam Television and the Dan Tri online newspaper, the awards this year have included two additional prizes for an IT solution/product which benefits the society as well as a prize for creative youth, contestants under 20 years old.

In the field of applied sciences, the awards will be granted to scientists who have made outstanding achievements in mathematics, physics, mechanics and chemistry and have applied their work in a practical manner, with a beneficial economic/social effect.

Based on their scientific and practical values, the winners will take home VND100 million for first prize, VND50 million for second with VND30 million for third place. Consolation prizes of VND20 million will also be awarded.

About the prizes this year:

Dr Nguyen Viet Tien, director of the Central Obstetrics Hospital and Deputy Minister of Health, was given the Lifetime award for his research work on the application of advanced technologies in the treatment of infertility in Viet Nam.

Tien was honoured for helping thousands of infertile couples successfully have children.

Ho Chin, a researcher from the HCM City Institute of Geography and Natural Resources under the Viet Nam Academy of Science and Technology, was honoured with the Vietnamese Talent Award in the field of applied sciences.

Chin was honoured on behalf of his research team including co-workers Nguyen Sinh Huy, Phung Trung Ngan. Le Van Tu, Doan Canh, Vo Dinh Ngo and Pham Cong Luyen for their series of research on the natural characteristics and resources of the Dong Thap Muoi (Plain of Reed) region, an inland wetland in Mekong Delta between 1980-1987.

In the environment category, new research on the industrial waste treatment in rural areas by the Centre for Science and Technology Advances Application of northern Vinh Phuc Province took out the award.

Another award of the same value went to a research on original waste classification and the transformation of organic waste into organic fertilizer to increase crop yields by the Ho Chi Minh Communist Youth Union of Nghia Trung Commune, Nguyen Hung District in northern Nam Dinh Province. VN names 50 top IT enterprises & Centech has been proud to be one of them
The Vietnam Software Association (VINASA) published the 2017 list of Viet Nam’s 50 leading information technology (IT) enterprises on Thursday, as part of a national effort to promote and encourage co-operation between local IT enterprises and potential partners.
Read more "CENTECH - GOLD SPONSOR FOR MOBIFONE GOFT TOURNAMENT 2017 - DEBATE WITH DEVELOPMENT."
The MobiFone Golf Tournament 2017 was held on January 8, 2017 at the Long Bien golf course in Hanoi, marking the 7th consecutive year that MobiFone held a tournament to honor high-end customers, MobiFone has been developing in the last 24 years.
Read more